When it came time to publish her new book, Walking the War Zones of Pakistan: One Woman’s Journey Into the Shadow of the Taliban, Ruth Anne Kocour planned to bypass traditional publishers because she wanted to “enjoy more control over the final product.”

Despite having had an “excellent” experience working with St. Martin’s Press on her first book, Facing the Extreme, Kocour didn’t want to go through extensive re-writes and wait years to see Walking the War Zones of Pakistan in the hands of readers especially since Kocour believes independent publishing is the future of the industry:

“I believe traditional publishing will focus more on subjects with broad market appeal, sensational subjects, timely events, and/or celebrity-type bios, and I see self-publishing as an excellent option for subjects with niche markets or those of regional interest, that wouldn’t capture the attention of a mainstream publisher.”

So Kocour turned to Lulu who evaluated her manuscript as part of the Editorial Quality Review package. Together they worked on a mechanical edit that improved grammar and punctuation, and which she called “the most technical and comprehensive edit I’ve ever had.” For the cover Kocour provided Lulu with photos she thought would “lend to a good design” and received two mock-ups back, both “top notch.” Overall Kocour is quick to praise Lulu, which she says “exceeded her expectations.” Even the process itself was “fun.”

Walking the Warzones of Pakistan

Trek to K2 and Pakistan’s tribal regions bordering Afghanistan, Kashmir, Tajikistan, and China. See topography that has led to isolation–physical and cultural–of tribes blocked for centuries by natural barriers, lack of infrastructure and communication. Ruth Anne Kocour’s tale of travel and adversity lends a face to today’s news and a glimpse into what we all have in common–our humanity. 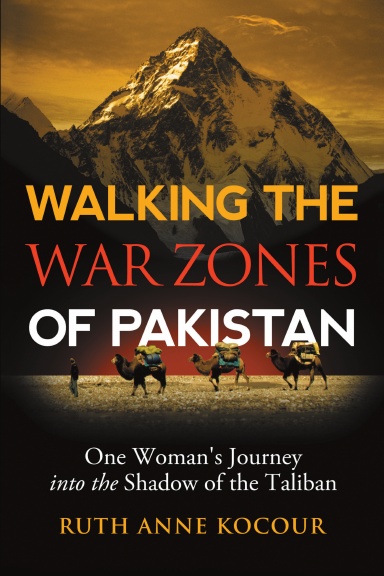 Having a successful media tour for Facing the Extreme already under her belt, Kocour was at an advantage in terms of marketing. She drew from her network of journalists and bloggers, among others, and was even contacted by new media via her website, through referrals, or from her talks. Additionally the timeliness of her story helped — and now hardly a week goes by when she’s not asked to speak or do a TV interview. Still, she learned a lot about publicity this time around:

“Media loves media.  Once you have a successful track record with the media, you become a known entity–one they can count on. We have several of my TV interviews posted on my website where media people and others can access them.”

Now Kocour is an independent publishing convert, and sees the route as not only viable, but preferable for new and veteran authors. Currently conceptualizing a new story, Kocour plans to once again publish through Lulu. She also intends to bring Facing the Extreme back in print—in hardcover, paperback, and as an eBook. This, too, will be through Lulu.
Her advice to new authors is very simple.

“If you think you have a book in you, and you want to get it out there, then do it! And definitely take advantage of the vast array of services Lulu has to offer, and its great staff who are more than willing to walk you through the process.”