When Lulu authors receive press coverage, we are happy to share it with our readers. This past weekend, Arizona artist Elizabeth Urabe was featured in the Prescott Daily Courier. Her series of adult coloring books are aimed at both calming your mind and expanding it.

From the Daily Courier:

One coloring book led to another and another. Now artist Elizabeth Urabe has three adult coloring books under her creative belt. The first book took two months to design and create the short meditation poems on the facing pages. The next two books came more quickly, both were published in June.

The Ash Fork resident said her coloring books help open one’s consciousness. As users fill in the spaces of the amoeba-like designs, they “discover and return to a state of oneness with their inner truth and source of all life.”

Not your average coloring book

While some adult coloring books are designed to relieve stress, hers does that and more. Her books generate “creative tension, a chosen, disciplined response to seemingly paradoxical truths which involves holding the discomfort consciously within our own being until the energies merge, take form, and lift us up to a new dimension of reality.”

The point of her coloring books is not just about reducing fears and anxieties. Rather, it’s to get to the bottom of it. “You are responsible for your stress,” she said. Coloring also takes one back to the carefree feelings of being a kid.

Urabe has been doing similar art for more than 20 years, and has never cared about staying within the lines. “So what?” she said. “I loosen up my inner energy to face my demons and let it flow again.”

The text, she said, comes naturally. An example reads: “Summer slips away/winter draws near…while I rest/somewhere in between.” The imagery is meant to inspire and help create a safe space to allow mind and heart to travel to unexplored realms, she said.

The slender, energetic artist spent 16 years in Japan where she married and acquired the Urabe surname, a word that translates to “family of divine origin.” Her images are not geometric or of a mandala style. Rather they are like irregular cells with protuberances and eyes, squiggles and lines that radiate and cross over and under each other. “Each image is repeated three times with 90-degree rotations. Each rotation has its own energy and provides a totally different healing process,” Urabe said.

Adult coloring books have become the latest fad, with the rampant disharmony in people’s lives, both professional and personal, giving rise to a desperate need for innovative ways of relieving stress. There is a big difference, however, between stress and creative tension. Stress is a conditioned reaction to circumstances that we unconsciously believe to be separate from ourselves and beyond our control; destructive precisely because it is outside the sphere and focus of our awareness. In complete contrast, creative tension is a chosen, disciplined response to seemingly paradoxical truths which involves holding the discomfort consciously within our own being until the energies merge, take form, and lift us up to a new dimension of reality. In the former case, we perceive ourselves as victims.In the latter, we know ourselves to be the co-creators not only of our own lives but of the Universe itself. 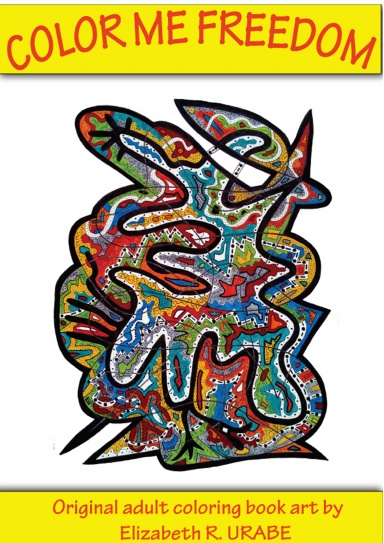 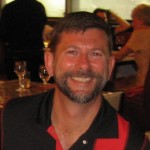 - Archived Author -
Writer extraordinaire and generally amazing guy, Glenn makes sure that every day is the best day ever.