February is Black History Month; an annual observance started in the USA to bring attention to important historical figures of the African diaspora. This year, Lulu is featuring some self-published authors and their books that touch on issues facing African-Americans.

First up is Fred Noland and his book James Baldwin, a ‘broadstrokes’ biography of the renowned author. Read on to hear Fred discuss his book and why he felt this story needed to be told.

James Baldwin is one of 20th America’s greatest and most underappreciated writers. Born into poverty, Baldwin pushed against America’s race restrictions. 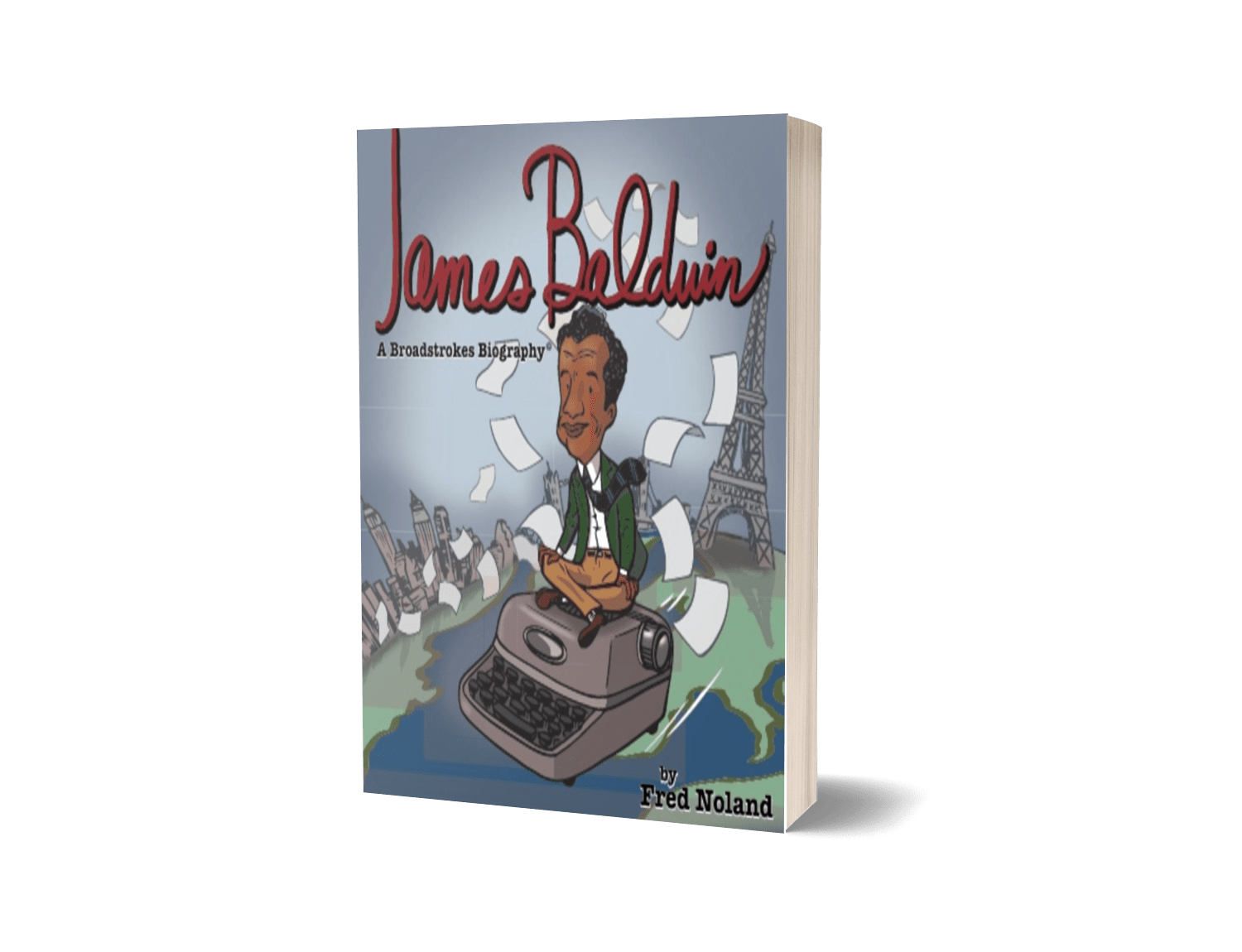 Black, intellectually gifted, born into poverty and gay in a time and culture that rejected his orientation, James Baldwin’s life was protest. Baldwin’s peers were consumed by drugs, alcohol, the street, or the military. He rejected that fate and the restrictions segregated America placed on him. He expatriated to Europe, however his heart remained in The States. He was repeatedly drawn back by news from his homeland and it’s brutal, bloody and sometimes deadly Civil Rights struggle.

Baldwin’s talent as a writer was matched by his skill as an orator. More than 30 years after his death, James Baldwin’s work continues to inform, provoke and inspire. This is his story in broad strokes. It is a bare-bones primer and invitation to learn more about the man and his work.

A few years ago I saw the excellent James Baldwin documentary I Am Not Your Negro. It focused on his friendships with Medgar Evers, Malcolm X, and Martin Luther King Jr., all of whom were assassinated. I was inspired and outraged, I became enthralled by his work. The events of the last year, particularly the Black Lives Matter protests, returned Baldwin, and his prophetic words returned to me.

I was inspired to create this book by my 6-year-old son Langston’s obsession with a children’s book about Mohammed Ali. I was jealous. I didn’t have such cool books when I was his age! Black History Month was all Rosa Parks, George Washington Carver, and Martin Luther King Jr. back then. These are all giants in Black History but with little else to fill the gaps, they seemed the exception; 3 lonely, black names in a history that was otherwise entirely white.

While the variety of children’s books is far more rich and diverse now, there are still too many overlooked, ignored, or avoided figures. I sincerely believe there is a way to introduce young readers to the full panorama of the Black American Historical Experience. To stretch beyond a small, dusty corner of the library and the shortest month of the year. As a capable artist and armchair historian and with the tools Lulu provides, I can be the change I wish to see in the world.

Fred Noland lives in Oakland, California, where he is an avid but unremarkable cyclist. His specialty is visual storytelling, whether in animation, comics, or illustration. Noland’s comics have appeared in the New Yorker and his illustrations have appeared in SF Weekly, Nickelodeon, Xbox Magazine, and more. In the year 2000, he was awarded a Xeric Grant for his one-man anthology Shpilkes.