Bud Loftus lived a story that was almost never told.

At 85, Bud Loftus added one more accomplishment—published author—to a life that has been defined by them.

Bud Loftus: An Irish-American’s Journey is the compelling story of Bud Loftus, the son of Irish immigrants and an American success story. Settling in Philadelphia, Bud’s parents married and had six children, but Bud’s father was an alcoholic and his marriage failed. Penniless and fatherless, 5-year-old Bud and his siblings were raised on welfare. Facing a bleak future, Bud and his siblings received a free Catholic school education and it became their salvation and ticket out of poverty. Just 17 when the Japanese bombed Pearl Harbor, Bud signed up for the Marines the next day. This is an intriguing account of Bud’s family, education, and service to his country during WWII. Starting at the bottom and rising through the ranks of the FDA, Bud became a world-renowned drug manufacturing expert. His book chronicles the fascinating, heartwarming, and often heartbreaking journey of a poor man who achieved the American Dream, and never forgot where he came from. 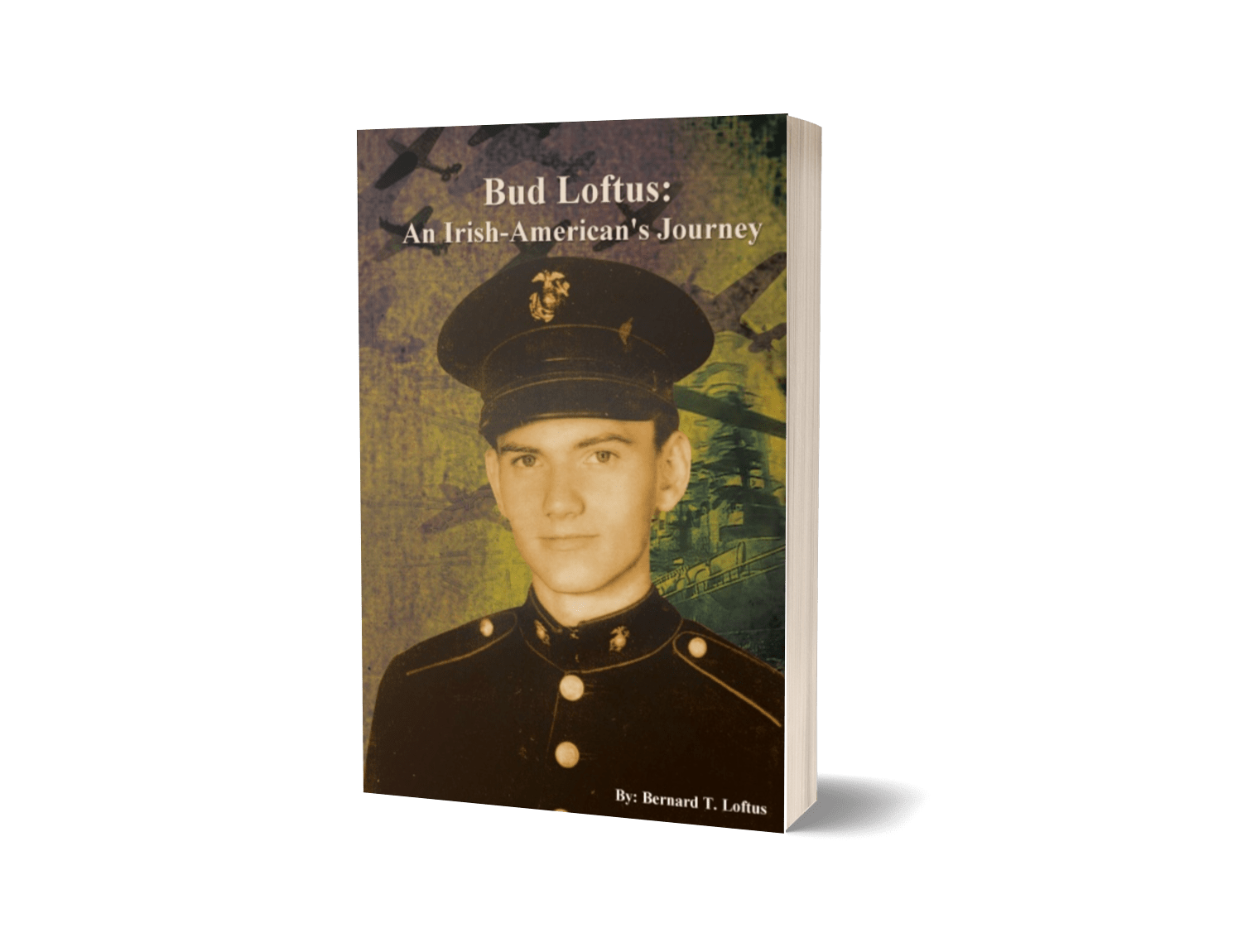 He suffered the sting of poverty as a child. Experienced the pain of war as a young man. And found success in business as an adult. He wanted his children and grandchildren to learn from his journey, to take the lessons of his life with them. But at 85, the goal seemed out of reach for Bud — until he found Lulu.

“Dad was able to make something for the family he once thought impossible,” said Cecilia Lahiff, the middle of Bud’s seven children. “Lulu offered the professional experience of a traditional publisher, if not better.”

Bud’s has been an extraordinary journey. The son of Irish immigrants, he grew up on welfare in Philadelphia. The day after the Pearl Harbor attack in 1941, he went to a Marine Corps. office to enlist. He was only 17 and had to wait until he finished high school, but he went on to fight in the Pacific theater of World War II.

After the war, Bud took the government’s offer of a free college education and attended LaSalle University, where he received top marks in the pre-med program. He became the first Director of the Division of Drug Manufacturing at the Food and Drug Administration, and, after retiring from the agency, built a 17-year career in the pharmaceutical industry. It’s a story that Cecilia encouraged her dad to publish.

“The Lulu experience has been terrific,” said Bud, who released his 315-page memoir, “Bud Loftus: An Irish-American’s Journey” in late 2009. “I got a tremendous amount of help from the staff going above and beyond.”

And the book has taken the story of Bud’s life to a whole new audience. In November 2009 he was featured in a story by The Washington Post.