Is it ever too early to publish your own books? We think not. We see talented, young authors use open-publishing platforms to publish every day.

Instead of waiting for a publishing house to take a chance on a 14-year-old’s novel, teens are publishing on their own (with their parent’s help). A recent New York Times article described the attitude of some of the youngest self-publishers, “The young authors themselves, raised in an era of blogging and equal-opportunity Twitter feeds, take the notion of self-publishing in stride.”

Parents fund their children’s work, and, sometimes make their money back. Either way, parents view it as part of the learning and maturing process. A Pennsylvania superintendent, whose teenage daughter self-published a novel, said: “What do you do with something you’re proud of? You want people to see it.”

Some established authors are more skeptical of these young authors

While I won’t argue against the difficulty of writing fiction (I can testify to it), I would challenge Robbins assumptions about young writers. Several famous writers got their start while still in their teens.

When did you first know you wanted to write? What was your inspiration? Which young authors do you most admire? 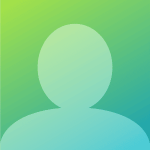