There is no real way to classify what is the typical Lulu author. We have such a wide range of people publishing books through Lulu that trying to classify who is a Lulu author is nearly impossible. It is this diversity that makes Lulu so special. We have college professors publishing their research, grandmothers publishing cookbooks, middle-aged authors finally getting their “great American novel” into print and thousands more. It is amazing just to see what we publish daily.

What if you could leap into your own overactive imagination? And what if you met your imaginary friends there? What if it was real? This all happens to an intelligent, imaginative boy named Josiah Jones, who finds a portal into his own world. Now, stuck inside, he has to fight the battle of his life inside his own head. This masterpiece of storytelling is fast, fresh, and fun, and keeps you engaged in this boy’s strange double life between the imagined and the real. 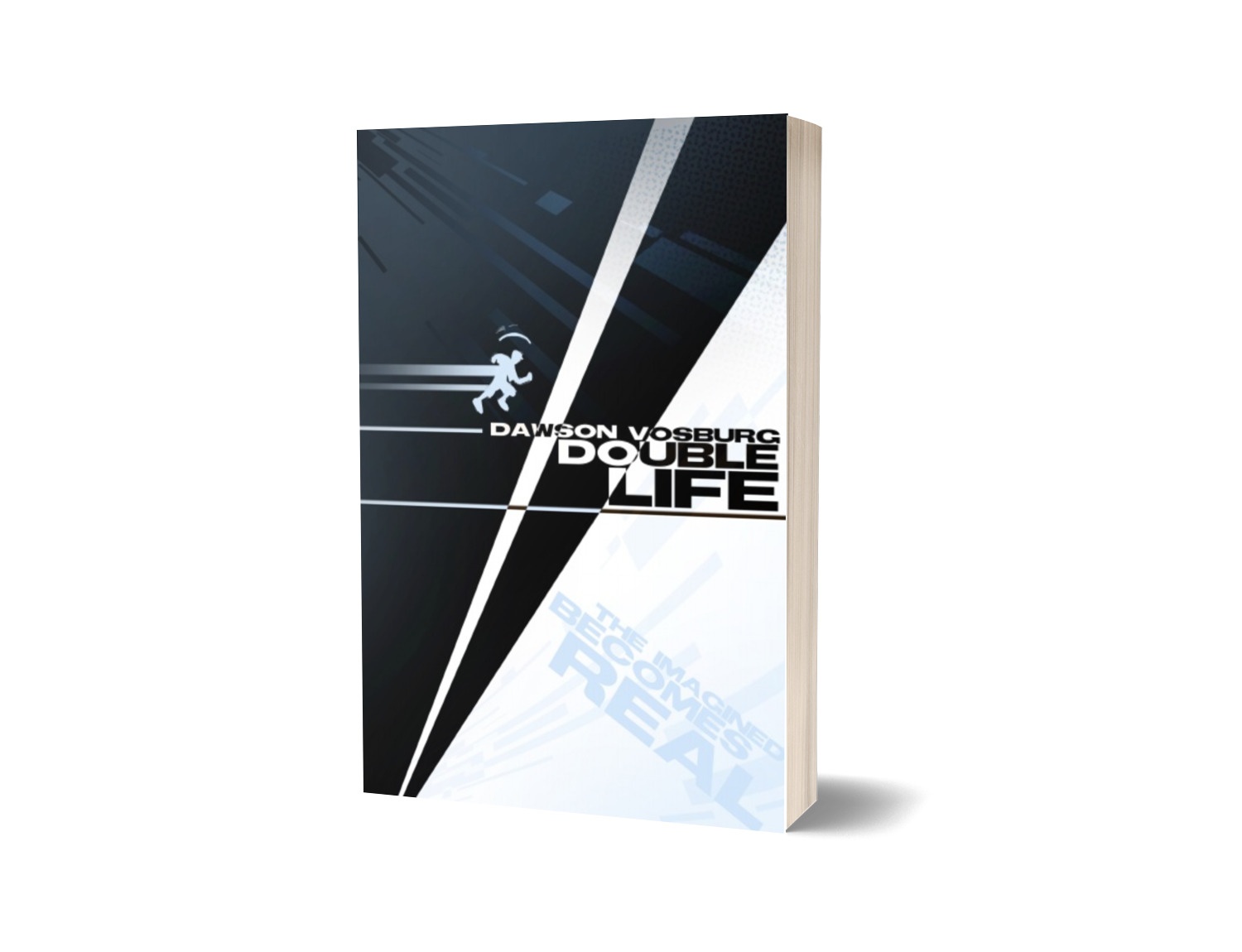 One author using Lulu is 14-year-old Dawson Vosburg. He recently published the sci-fi adventure Double Life and was kind enough to answer some questions for me. It really impressed me that a 14-year-old could write such a great story. I think my most impressive feat when I was 14 was finally rescuing Smurfette from Gargamel’s Castle in the Smurf video game on my Coleco Adam computer.

What Gave You The Idea To Write A Book?

It’s a bit of a long story—and it all started as a movie idea, actually. As a 6th grader, I was very interested in making movies. I’ve been making them at home since I was five. What happened was I was trying to make a movie about dragons after reading Eragon by Christopher Paolini. I had done a lot of research on dragons and had decided to make a dragon movie. I actually had the CGI software to design the dragons, so I was all set. As I was writing the screenplay, my friends backed out on me, so I decided that I would write a book on the same subject. So, I went on a writing stint and wrote my first (and still unpublished) novel Day of the Dragon.
But after that I still had a desire to write, so I pulled out an old idea I’d been kicking around for about 8 years (that’s since I was five years old) about a secret agency called the BLUE. And thus Double Life stumbled onto the stage.

Who Are Your Favorite Authors?

Oh, gee…I have a hard time deciding. Christopher Paolini is way up there, with Jeremy Robinson (an author I discovered through Lulu), Lemony Snicket, Jeff Kinney. JK Rowling’s a new one; I just started reading the Sorcerer’s Stone and I think it’s excellent, Beverly Cleary, Madeline L’Engle, and Eoin Colfer. He’s a great author. I really can’t choose a number one or put them in any order. Most of the genres don’t conflict with each other.

What Books/Movies/Shows Gave You Inspiration For Double Life?

When I was a kid, I used to watch The Famous Jett Jackson on the Disney channel. They made a movie of it, and after watching it I was inspired about secret agent stuff. I really liked the idea of a real person going to an imaginary world, so that formed into a beginning idea of Double Life. Also, some of the inventions in Artemis Fowl got me to think about some of the inventions for my book.
As far as movies go, Agent Cody Banks gave me some inspiration. It was really all of it combined that made me really want to go for a secret agent book. After all those years of formulating, the idea was definitely ready to come out.

Who Designed The Cover?

I have a friend who is a graphic designer named Phil Dragash. He’s really good at design, so I asked him late one Friday to do me a cover. He said sure, as long as I gave him $5.00 and a free signed copy of the book. Knowing a bargain when I saw one, I took the deal and the cover looked better than I could have ever imagined. Phil really designed it well.

What Challenges Do You Think You Have Being 14 And Trying To Market Your Book?

You know, I have never really thought of my age as being a drawback. I really find it more to be a sales handle that usually helps instead of hurts. There are, however, some problems. I’ve been trying for a while to set up an account for LSI as my POD printer when I finally have everything sorted out to form my publishing company, D Productions, but all the forms! My Dad’s hand was so tired after signing all of them that he started asking for payment!
But really, as far as marketing goes, people have been more receptive of my book because or in spite of my age. Nothing negative has really come out of that.

I read a Tweet about you turning Double Life into a screenplay. Who do you want to play the main characters if it was made into a movie?

Ooh! This is going to be fun. I really can’t choose a character to play Josiah, though. If I were infinitely in seventh grade, I would definitely volunteer myself, but then I would have to work out for hours a day trying to be as fit as Agent 12.
I always thought that David could be either Will Smith or Cuba Gooding Jr. Great actor choice there.
Tom would be my friend who recently moved to Ohio, Phil Pease. He looks exactly like what I wanted Tom to be, and I think that’s just great.
Bob might be…wow, that one’s hard. Someone funny with a chiseled face, big lips and deeply inset eyes. Oh! And floppy black hair. If you know of any actor like that, please tell me!

What Will You Be Writing Next?

Right now I’ve been working on the sequel to Double Life. I’m not going to say what happens or what the title is, but I can say that I’ve been taking a break from the computer and writing on my local library’s electric typewriter for the past few days. You can look forward to that. Also, once I finish this series (there will be three) I plan to write an epic fantasy. That’s something I’ve always wanted to do.