While I was browsing the Lulu marketplace happened across a book that stood out to me. Chad Moutray’s touching memoir of his brief, but intense, relationship with his wife Laura is a great example of how people turn to Lulu to publish their most intense personal memories.

My Life with Laura: A Love Story

This is a love story, albeit a tragic one. Chad and Laura dated and married. Shortly thereafter, they gave birth to a beautiful daughter, Charlotte. Life was perfect…until they learned that Laura had breast cancer. This book describes the exciting experiences of courtship, the beauty of their wedding, the joy of family, and the struggles of dealing with illness. Laura remained a beacon of strength to many throughout her battle with breast cancer. She was strongly rooted in her faith. This memoir tells an inspirational story, even for those who did not know her. It is dedicated to Charlotte, so that she will better know her mother.

You Wrote About An Incredibly Intense And Personal Experience. What Made You Decide To Make The Experience Public?

About a month after my wife’s funeral, some of her friends had started writing letters to Charlotte, our then two-year-old daughter, for her to read when she got older so that she would have a better understanding of her mother. Others had started to do scrapbooks. I had given a eulogy, and I decided to write a memoir that in essence was a longer version, telling the story along the way of my life with my late wife and our daughter. At first, I intended to write something more personal, probably just for family and a few friends, but then, word began to spread about my memoir. Several people told me that they would want to read it, and I began editing it for public consumption. I do think that Laura’s story is typical of many other mothers battling breast cancer (unfortunately), and our story will hopefully inspire them. Laura fought her cacer so bravely, and she relied on her faith in God throughout, always keeping a positive attitude no matter how much pain she was in. I have already heard from so many people who have told me how this book has helped them.

The Book Extends Over A Period Of 5 Years. Where You Keeping A Diary From The Beginning Or Did You Go Back And Recreate Those Moments From Memory?

No, I did not keep a diary, so I needed to recreate these events from memory or by asking others for input. Laura kept a journal and meticulous notes, including her calendar where she kept a lot of the source material. We also had a lot of pictures which helped remind me of different stories or events. One of the reasons that I wrote the book as quickly as I did was because I did not want to move on and forget them. I was amazed at how many details I had already forgotten in less than one year. Now, this book will be a constant reminder of my life with Laura, and one that Charlotte will hopefully enjoy reading one day.

You Dedicate The Book To Your Daughter, But How Much Of The Process Was For You As An Aid To Heal?

Losing a spouse is a horrible experience and writing the book helped to put my feelings on paper. I wrote the book at night after Charlotte went to bed. The house was quiet then, and it gave me something to do. More important, I found that writing about our time together, both good and bad, was therapeutic. I have recommended writing a book or even a journal to others who have also lost a loved one, as I found it a positive and healing process. What’s more, I have appreciated the feedback of others who have told me that they relate to what Laura and I were going through; the book has helped them deal with their situation, too.

The Book Is Over 400 Pages Long. How Long Did It Take To Write From Start To Finish?

I began writing around Christmas 2006, just after my wife’s passing, and finished the draft on Labor Day 2007. From there, a friend of mine from work, Rebecca Krafft, helped me edit the book. She did this in her spare time, and the final version of the book was completed in November 2007. Again, I wanted to complete the book as quickly as possible for two reasons: (1) so that I would not forget many of the details, and (2) so that I could feel free to move on.

What Brought You To Lulu To Publish Your Book?

A friend of mine had published a book using Lulu a couple years ago. I was fascinated at the concept of publishing my own book and kept the idea in the back of my head. From the very beginning of my writing of My Life with Laura: A Love Story, I knew that I was going to publish it on Lulu, even if it sold just a handful of copies. Some have told me that I could have had this book published by a major publishing house using an agent, but self-publishing allowed me to control the final product.

What Are You Doing To Promote Your Book?

I was reading about ways to promote a self-published book, and I ran across the idea of doing a blog book tour. It sounded fun. I approached a number of fellow bloggers, and they were eager to do it. After sending them a book, we began to correspond on what to do during their day of the tour. I had so many people wanting to be part of the blog book tour that I needed to extend it to two weeks, from January 12 to 23. Beyond that, the book has sold mainly through work-of-mouth. I believe that there will be some interest, as well, from various media outlets including my local newspaper and a national magazine. At some point, I might also do a traditional book signing at a local bookstore. 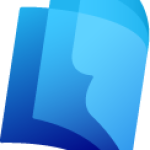