Picks and recommendations are all to common on the web. I make almost all of my buying decisions after carefully poring over reviews. Because we value the experiences of others.

Books are no different. I’ve said it over and over and over: reviews are key to a strong marketing plan. Another piece of that puzzle is simple name recognition through lists and picks. So here we are with our resident Social Media expert to learn a little more about two of Lulu’s favorite authors.

First up is Lorenzo Etherington.

Lorenzo is a well-known and highly regarded comic book artist from the United Kingdom. You might remember his blog post on Lulu from early 2018, about creating for the good of others and his Learnuary event.

While Lorenzo enjoys a wide variety of clients, he opted to use self-publishing to create his collections. Check out all the “Deluxe Collections” from Lorenzo Etherington:

Join us, friends, as we crack open the bizarrely-formed skull of comic artist, LORENZO! and spread it’s unique mushy contents across 600 eye-popping pages! EL SKETCHBOOK LORENZO DELUXE COLLECTION: 2005 – 2010 collects together the first 4 volumes of the El Sketchbook series, and adds a further 200 pages of new concepts, scribbles and design sheets. The book weighs in at a whooping 600 pages, and features thousands of separate illustrations, together with step-by-steps, tutorials and exclusives. This surely is the one sketchbook to rule them all! 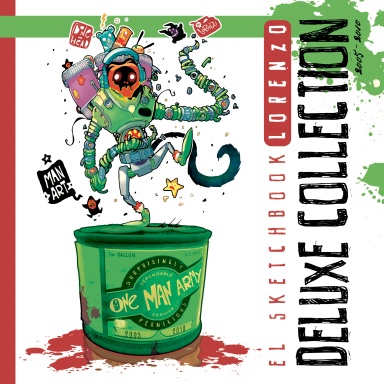 This is it! Part TWO of Lorenzo’s EPIC art book series! Packed with literally THOUSANDS of separate designs, sketches, concepts, illustrations and comics, this hulking volume will keep your eyeballs on the back foot! 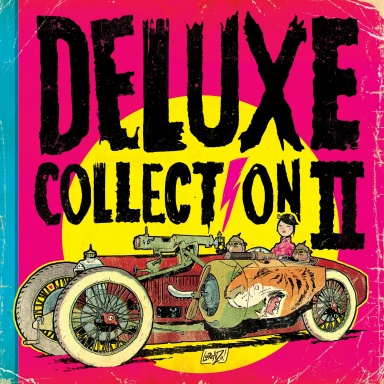 Let’s complete the trilogy! Part THREE of Lorenzo’s EPIC art book series is finally available to buy online! Packed with THOUSANDS more designs, sketches, concepts, illustrations and comics, this third part of the DELUXE COLLECTION trilogy may well be the most JAM-PACKED explosion of ART yet! 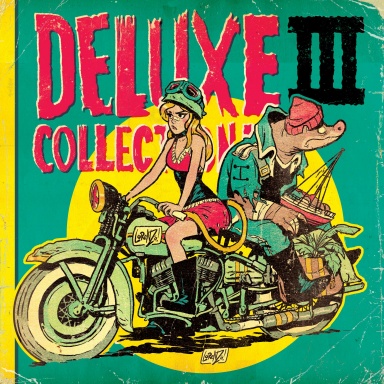 But to really get a feeling for Etherington’s work, let’s hear from our Facebook Live segment about Deluxe Collection:

Lorenzo actually works with his brother to form the Etherington Brothers – creating amazing art for a litany of well-known franchises including Star Wars and Transformers. If you love comic book art or are an aspiring artist and need some inspiration, Deluxe Collection is a must-have.

Next up we have John Barkhimer Jr.

John is the author of A is for Apperdoo, a kids book with the kind of appeal that makes it great for anyone of any age.

When a child’s imagination takes hold and creates a world of fascinating creatures, you get an Apperdoo. This book is meant to be a captivating journey through the creative mind of an eight-year-old, as he builds a field guide describing the 26 mysterious creatures he encounters in the wild. Take a rhythmic trip with your little one and discover the power of the imagination as you bump into a Lingendue, Treestope, and many other magnificent and colorful animals. 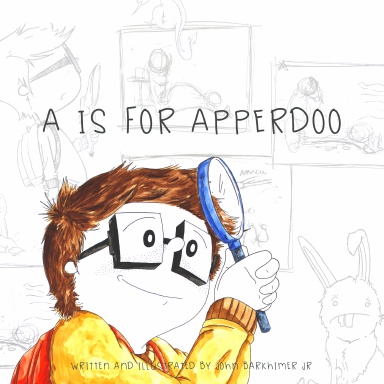 Told through rhyme, A is for Apperdoo is the illustrated story of a young boy using his imagination to explore the alphabet.

Here’s the Facebook Live with a little more about A is for Apperdoo, including a dramatic reading!

Let us know your favorite Lulu books in the comments and maybe we’ll feature it in our next Lulu Staff Pick or even a Facebook Live!

If you’d like to find some more amazing authors,
check out our complete Featured Author Series: