Although just 14, North Haven (Conn.) Middle School student Molly D’Andrea has always known her dream: to be a writer. She worked on projects here and there, but then inspiration struck — and she ran with it.

Most authors write from personal experience, but that wasn’t the case for me. I think my main inspiration was having the base idea of the main character, and him being broken/hurt or alone/lost in someway. And things just started turning from that point.

Still, like many writers her age and decades older, she felt unsure of the words she put to the page and kept her work private. Then, at the behest of friends, she showed them a few pages of what would eventually become her debut novel, Shattered Ones. They encouraged her to keep going. For Molly, that wasn’t enough. She decided to take it a step further by publishing her novel through Lulu. At this she “likes how the online business is working so far.”

Douglas Williams lost his wife, Emily nearly eight years ago after the birth of his daughter; seven years ago, his daughter Coll was taken from him because he couldn’t afford to raise her. But he promised his one year old daughter that he would find her and that he would set it right again. When Douglas’s old friends Gabe and Leslie Evans move in over the road in the quiet village of Greenfield with their own young daughter Taya, Douglas finds that every time he looks at her, he’s reminded of the daughter that was taken from him. Taya’s persistence in asking him repeatedly about his dead wife and daughter who was taken brings Douglas back to his old habits of drinking until he can’t make it up the stairs. But, it brings more to it, he’s dying and he doesn’t want help; he doesn’t want to live. He whispers in Taya’s ear his last request during his final month of life. “Make it last for me.” 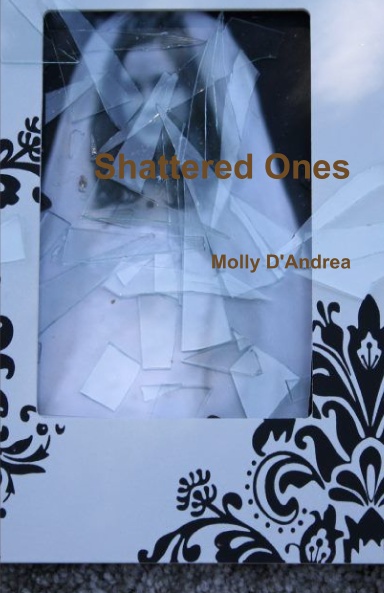 Molly stayed away from doing any pre-publication marketing and PR because she wanted her book to be complete before anyone — including her parents — touched it. Since Shattered Ones was released in September, Molly has appeared on Fox Connecticut News, Connecticut Style and the North Haven TV Channel, and has been featured in The Citizen and the Post Chronicle. She garnered this PR simply: Her mother found and emailed appropriate contacts at local and regional newspapers, radio, and TV stations. It has, overall, been a quiet campaign — but one that has worked.

Up next for Molly is a Shattered prequel, the idea for which came from a friend. She is still pondering the “rise and fall of a plot,” as well as the climax, so she’s not yet started it, but expects to.

In the meantime, Molly has advice for any aspiring writer, young or old:

Keep your head up, and remember that tunnels end in light. Because you can feel trapped and lost and like you’re in the darkness, but if you keep working at it, you’ll reach the light at the end of the tunnel.

How old were you when the writing bug bit?