The independent publishing industry has taken great strides since Lulu first made the option to self-publish books widely available in 2002. And the publishing momentum continues to grow! On October 9, Bowker released new data highlighting the strong adoption of self-publishing as the industry continues to build momentum.

Most notably, Bowker cites a 59% jump in self-published titles in 2012 from 2011. That’s huge! Similarly, ebooks continue to gain popularity among self-published authors with 40% of the ISBNs that were self-published in 2012 being ebooks compared to 11% the year prior.

Recently, there has been yet another groundswell of enthusiasm and participation in the movement. There are ever-increasing credibility and success among self-published authors, even those that have been traditionally published before. Writers everywhere continue to embrace the opportunities and control afforded by making their books directly and immediately available to readers everywhere.

Highlights from Bowker’s 2011 annual findings included the addition of over 148,000 new self-published titles, which translates to 43% of all print books released in the U.S. that year. Also, self-published books represented 12% of all ebook sales and as much as 20% of specific genres like romance and fantasy. 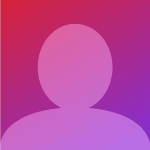