While the majority of books I see on Lulu are traditional novels and nonfiction books, there is a strong contingent of comic book creators too. These artistic storytellers bring vivid tales to life with their art and dialog. And while I’ve talked in the past about creating comic books to self-publish, there is a distinct lack of information about graphic novels.

Which is a shame because graphic novels are my favorite form a comic book can take. And just like the rest of the book industry, graphic novels have been increasingly popular during the last two years.

If you’ve got a story idea and want to make a graphic novel, I’m bringing you the best practices and tips you need to get started right!

What Is A Graphic Novel?

A graphic novel is more than just a long-form comic book. Comics serialize stories, usually about people with superpowers. And it’s common for a series of comics—called a ‘run’—to be bundled into a graphic novel.

Otherwise, graphic novels follow the same basic format as a comic. The pages will use panels to tell a visual story. The vast majority of the text will be dialog using speech bubbles associated with the characters in your panels.

The History Of Graphic Novels

The graphic novel form is a recent one. Most will identify Will Eisner’s A Contract with God, and Other Tenement Stories, published in 1978, as the earliest graphic novel. During the following decade, three authors would release books that helped define graphic novels and solidify the form as a legitimate, unique way to tell stories.

First, there was Maus by Art Spiegelman, which was written and sold as a serialized comic. The term graphic novel was applied because the story (which follows a son interviewing his father about life in a concentration camp during World War 2) doesn’t fit the traditional ‘comic book’ definition—no superheroes. It was a memoir written in comic form.

Later in the 1980s, Frank Miller’s The Dark Knight Returns and Alan Moore’s Watchmen (both also originally sold as serials) would be released as full-length graphic novels. These two books would blend the traditional idea of comics (superheroes, epic battles, good vs. evil, etc.) and the depth and narrative of novels. This entry in Britannica explains how these three works helped differentiate comic books and graphic novels:

The defining attribute of each was a formal control of the medium—which is to say, a highly sophisticated degree of control over the use of panel transitions, layout, and so on to achieve certain narrative effects—coupled with artistic innovation and a literary quality in which the authors announced their individual style.

(An aside; if you like comics and haven’t read these three books, please do so. You can thank me later.)

How To Write A Graphic Novel

I want to take some time to look at how to design and make a graphic novel, but before we do let’s quickly look at what goes into writing the graphic novel. Even though your book will be dominated by images on every page, the writing still comes first.

Before we dive too deep into this, I also want to recommend reading this article about creating comic books. It’s more than a shameless plug for my other content; I reference a lot of writing and design best practices for comic books that hold true for graphic novels.

Back? Good, let’s carry on.

Maybe a little obvious, but start with your concept or idea and form the outline of a story with it. Here’s a simple form I like to use when I have a story idea:

Some writers might skip this. But for a book told primarily through imagery, you’ll need a good sense of the story’s structure. Make a list of all your characters and give each a description (it can be brief for secondary characters). Then I suggest a synopsis that defines each scene/location and briefly what happens there. Something like this might be enough:

It can be very simplistic, but you can already see how my story is developing (okay, Scene 3 is absurd, but still). Having a solid synopsis will make the next step a lot easier.

Creating a beautiful graphic novel means pairing a lively script with images that pop off the page. For a lot of creators, that means collaborating. You might be a stellar storyteller, but not much of an artist? Or you might love creating unique and vivid characters, but not much for writing dialog.

Both roles are equally important. So, if you are only a writer or only an artist, now is the time to find a partner. You’ve got a synopsis that lays out the story. Use it to pitch your story to writers or artists who can help you bring that story to life.

Browse Lulu’s collection of professional designers,
editors, and marketers to help you publish like a pro!

Take your characters and your synopsis and use them to guide your scriptwriting. Focus on dialog and add scene descriptions and action as needed. Don’t spend too much time overthinking the scenes though—this dialog is certainly not the final draft.

Once you have a script, edit it. Look for professional editors who specialize in scripts or comics. Find friends who read a lot of comics or graphic novels. Get the script as cleaned up and clear as you can.

How To Make A Graphic Novel

You’ve got your polished script—now it’s time to start storyboarding! I really like doing storyboards with paper and pencil, but there are plenty of good digital options too. What’s important is to get your script (and actions/directions) mapped out in the ‘panel’ format.

The organization of the panels will play a vital role in the flow of your story. Consider these two panels and how you might read the page:

Most readers will start upper left and work left to right. But with panels, that might not always be logical. Here’s how I would organize my story flow with this layout:

This organization is fairly easy to follow. The panels begin in the upper left and move down then right (in A) and left to right then down (in B). For a comic book, you might use a simple layout like this for the majority of your book.

But a graphic novel needs to maintain a compelling narrative while presenting the story through images too. It’s not uncommon to see more complex panel designs like these in graphic novels:

The logic of how you read the panels may not be immediately obvious here. But these are very useful designs; Orientation C might be used for a tense moment of back and forth dialog, while Orientation D is one I would absolutely use for the lead-up or beginning of a fight scene.

Creating a storyboard might seem like a lot of work. But it’s integral in the process. Without a clear storyboard to define the sequence and flow of your story, you (or your artist) will struggle to create the designs for the finished book.

If you’re artistic, you might sketch the action/characters in each panel. It’s also reasonable to just use text (from your script!) and scene direction. Here’s an example:

Very simple—probably far simpler than a real graphic novel. But you get the idea. You need to map out your pages, artwork, and dialog carefully and completely before you begin the design of your graphic novel.

With your script applied to your storyboard, you’ve likely got a TON of rough pages. This is the skeleton of your graphic novel! Now you need to draw and design the pages. This is where you might work with an artist to help bring your work to life (if you’re not artistically inclined).

If you are doing your own designs, software like Adobe InDesign or Affinity Publisher is great for putting the pages together. But these are page layout tools so you would need to prepare all the images in Photoshop or another image editing tool. You could also utilize software like Clip Studio, a program designed specifically for character modeling and comic book layouts.

You’ll want to think carefully about the color space you select in your design software. What looks good on the screen may not look good in print.

Layering is another important factor that isn’t noticeable on-screen but can impact your print run. All the design tools you’ll use to build your graphic novel will work by layering elements onto a blank ‘canvas.’ Once you’re ready to make a PDF for printing, you’ll need to flatten everything into a single layer.

I highly recommend downloading our Book Creation Guide. We go into even more exacting detail about book specifications to optimize your printing. And this is a graphic novel, so you want it to look stunning, right?

What Makes A Great Graphic Novel?

A subjective question, of course. But one of the defining factors that separate a comic book from a graphic novel is the narrative drive and ‘novel-like’ structure. That means an increased emphasis on character development, pacing, and plotting.

But more than that, it’s about utilizing the comic style while telling a story that might otherwise qualify as a novel. Comicbooks, in the traditional sense, are very much episodes. That’s why the stories are serialized—the creators tell a longer story through a series of short editions.

Your graphic novel will be a complete story from cover to cover. Here are a few examples from the Lulu Bookstore to help you get those creative juices flowing:

Contains over 60 Illustrations by the Author. It is a desperate time in the land of Speria. Rumors of villages destroyed by Dark Creatures echo across the land. The downtrodden surivors turn to the remnants of Moonken warriors at Crescent Isle, but their pacifist ways do not allow them to intervene. 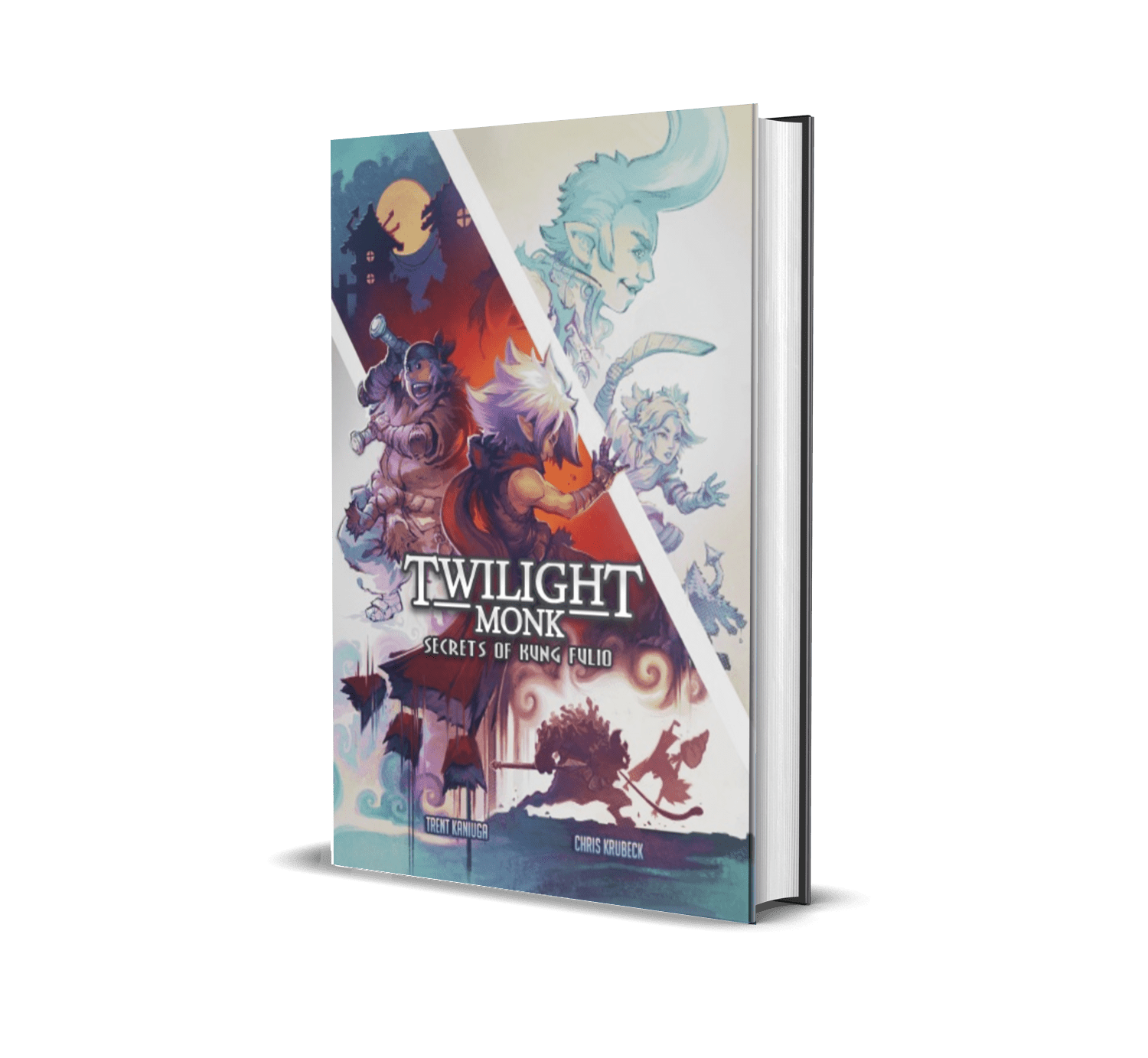 In order to help raise money for the first arc of Immortal Dark to get illustrated, we put together a 50+ page digital art book full of information about the manga and dope artwork from all of the artists we have collaborated with so far during the creation of this project! 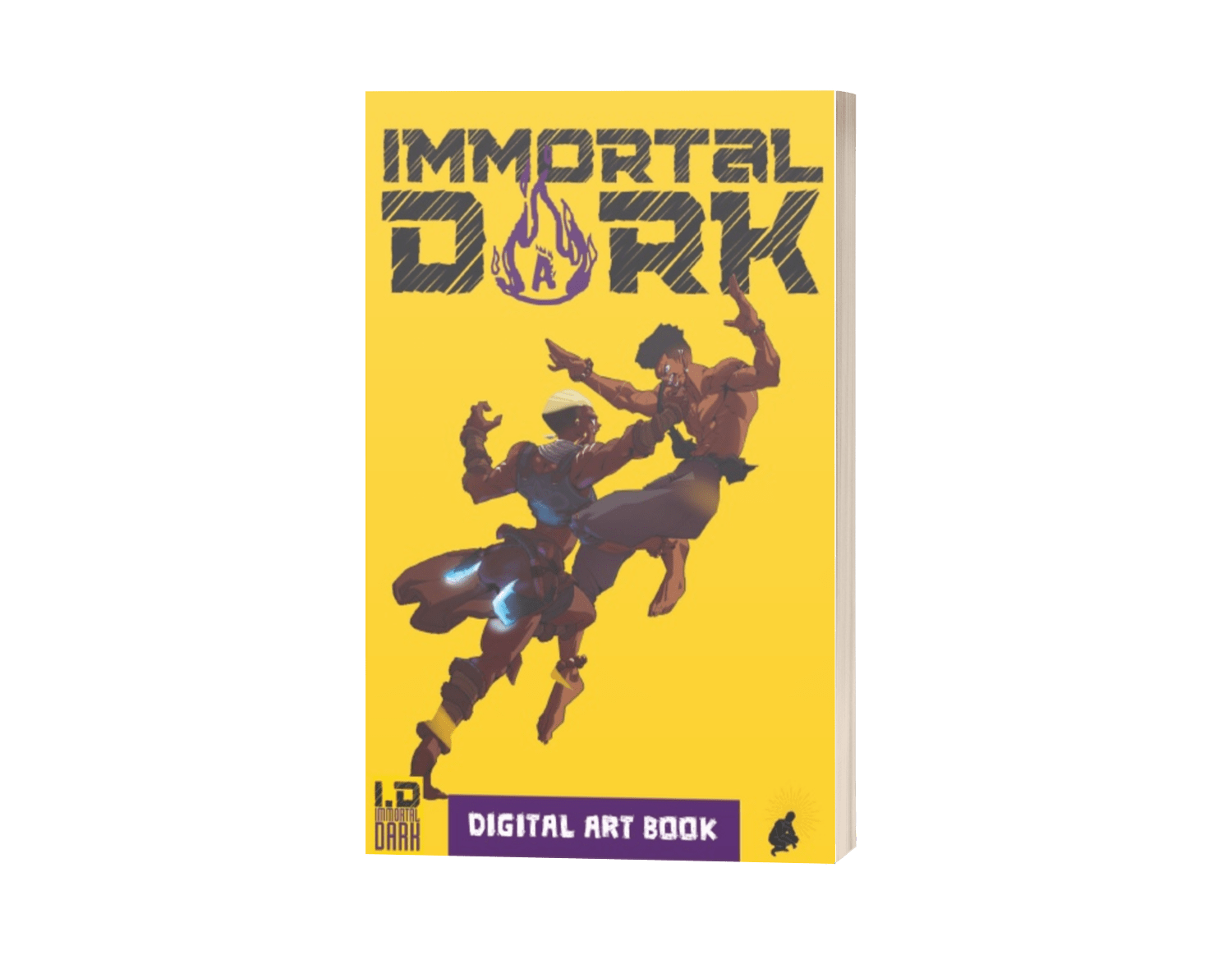 It has been well known that the gods of many different pantheons shared in conflict. As a result, many of these deities perish in combat. One of them, the Norse God of Mischief Loki, breathes his last breath. Suddenly, he wakes up reincarnated by a mysterious entity as a little girl living in modern Japan. 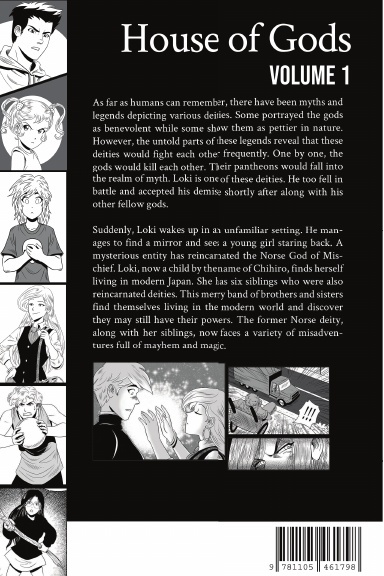 Telling Your Story With A Graphic Novel

I’ve been a lifelong comic and graphic novel fan. So it makes me exceedingly happy to see the format becoming more and more popular. As we get comfortable digitally making art, the graphic part of graphic novels becomes more accessible. The result is a booming industry that shows no signs of letting up.

There’s never been a better time to show off your storytelling and artistic skills by turning your next story into a graphic novel.

Paul is the Content Marketing Manager at Lulu. When he's not entrenched in the publishing and print-on-demand world, he likes to hike the scenic North Carolina landscape, read, sample the fanciest micro-brewed beer, and collect fountain pens. Paul is a dog person but considers himself cat tolerant.